If you’re not quite sure about certain aspects of the McCann case, or you have a different opinion to that propagated in the mainstream Media, or perhaps you just feel some things don't quite add up, then……. 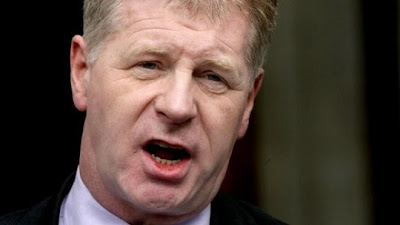 ..........you're an evil, despicable, perverted, thoughtless, inconsiderate, nasty, sick & twisted HATER who wishes Madeleine McCann dead and doesn't want her ever to be found and is clearly hell bent on causing even more heartache, anguish, pain and grief to her distraught and long suffering parents who are having to battle on a daily basis with the devastating and incalculable agony caused by the loss of their daughter who was obviously and inarguably abducted in the night, (whilst their parents sat just a few feet away), by a predatory paedophile who would  never have gotten away with it were it not for those bungling, useless, wine-swilling, sardine-munching Porto plod who trampled all over the evidence and were more interested in trying to FRAME the grief- stricken parents than actually catch the real culprit, causing them to have to have to suffer the ignominy and heart-break of making  pleas for help and endure fund-raising ventures and libel cases in order to accrue the estimated SEVERAL Million pounds thus far raised in order to do the job Policia Judiciaria didn’t, which was to catch the  swarthy gypsy, (or similar type), of which there are a great many in the backwards , fascist dictatorship known as Portugal where the  people couldn’t even be bothered to help look for the missing girl and who will never be found now anyway because he’s probably dead and it’s only a question of time before Scotland Yard find his death-bed confession………….


© C. Mitchell. All rights reserved. Unauthorized use and/or duplication of this material  is POSITIVELY encouraged and if it can be added to and made even more ridiculous to the benefit of my clients so much the better…..
Posted by Unknown at 09:55