Even the most casual ‘follower’ of this case, the most intriguing and baffling missing child case of all time, will know by now that the chief ‘suspect’ in the abduction of the child has been eliminated.

His ‘elimination’ however, is far more bizarre and downright DUBIOUS then his first emergence, seven YEARS ago.

According to McCann friend and fellow holiday-maker, Jane Tanner, her sworn testimony asserts that she saw a man carrying a child away from the McCann’s holiday apartment shortly before Kate McCann reported she had discovered Madeleine missing.

It was THIS testimony alone that formed the basis of the abduction theory, at least in the camp of ‘Team McCann’.

Innumerable column inches in newspaper stories, press reports, as well as countless TV interviews, magazine articles, News broadcasts, breakfast TV appearances, chat shows and even BOOKS, have all been given over in the quest to search for and to identify this man whom the McCann’s, their friends, allies,(and seemingly endless PR entourage), are quoted as stating they believe was responsible for the abduction of Madeleine.

Of course, those who have followed this case more closely, studying the available Portuguese and British police documents relating to the matter will know that not everyone held quite as much faith in this ‘abductor’.


The Portuguese Polícia Judiciária for example,NEVER placed any significance on Jane Tanner’s sighting for a number of reasons.

- It was FAR too dark at the time of the alleged sighting for her to make any kind of description, especially given the distances reportedly involved.


- Tanner, herself, (or on other occasions, ‘Team McCann’), has modified or even completely CHANGED the description of the person she states she saw:-height, build, dress,  colour, race and even on one occasion, SEX of this individual have all been subject to alteration.


-Perhaps more significantly, at the precise TIME of this alleged sighting two other witnesses, (one of which was Gerry McCann), were in pretty much the exact same area and saw neither this ‘abductor’ NOR Jane Tanner herself.

So the man who came to be known, variously, as ‘Egg Man’, ‘Bundleman’, ‘Swarthy-Man’,’'Gypsy-Man’ and a number of other monikers, was truly a man of immense  mystery indeed.

However, any mystery surrounding this, surely MOST WANTED,  suspect pales into abject insignificance when one considers the downright abstruseness surrounding his REAPPEARANCE! 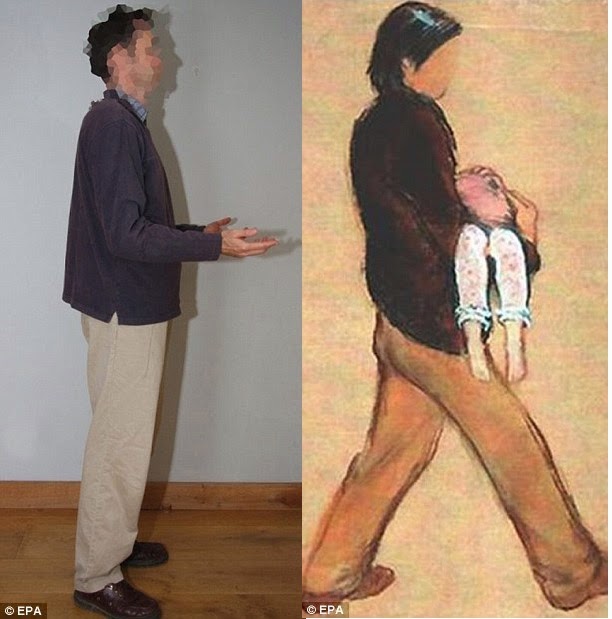 For Scotland Yard’s finest announced, in October of last year, that this MAN had, in fact, now come FORWARD to eliminate himself from the inquiries by stating that it was HE whom Jane Tanner had observed, carrying his OWN daughter!.


Not only did this man produce the self-same CLOTHES that he had worn on the night in question, all those years ago, but astonishingly, (as was reported in the PRESS), he even managed to produce his daughters’ “frilly pyjamas” that SHE had been wearing that night also, that had allegedly led Jane Tanner to think the girl was Madeleine!.

Of course, a CYNIC might want to know why this man had remained completely incognito for over six years, despite endless, unavoidable media coverage and countless appeals for information seeking to identify him.

A cynic would most definitely want to know how or why ANY parent would be able to produce a pair of pyjamas, (or indeed ANY item of clothing), belonging to a child who would clearly have outgrown them by six years.

Alas, those questions are never going to be answered.

Not least because the man in question has NOT been identified.

DCI Andy Redwood, the Met officer leading the review of the case of the missing girl, described this astonishing turn of events as a "revelation moment".


HOWEVER, to my mind, that’s nowhere NEAR as revelational as the NEW suspect that we are now to centre our attentions on, according to Scotland Yard, and as featured in the BBC  TV ‘Crimewatch’ reconstruction.


THIS “new suspect”, a man seen carrying a child in pyjamas “towards the ocean” is of course, the very self-same man who had been previously witnessed and  described by a family from IRELAND.


The very self-same man whose e-fits had actually been drawn up in 2007.


The very-self same man who had been identified to the McCann’s as "a very credible suspect" in 2008 by the McCann’s own investigators, headed by former MI5 operatives.


The very self-same man whose existence the McCann’s had sought to prevent being made public by taking LEGAL action ordering the investigators not to disclose it......


Team McCann is reported as saying that this information was suppressed as it
“would have been completely distracting” if made public, and that the McCann’s wanted to
“focus on a man seen by one of their friends” (Jane Tanner), and
“it would have been too expensive to conduct full investigations into both sightings”.

Presumably, the decision to obscure this information was entirely unrelated to the fact that the chief witness, Martin Smith, had later stated;-
“I would be 60-80% sure that it was Gerald McCann that I met that night carrying a child”.

So here we are, almost SEVEN years down the line, still searching for the truth.
Searching amongst all the suspects, as regularly paraded by the Media, for a glimmer of hope.

A tangible piece of evidence.

Yet, amongst all the “swarthy suspects”, the Romany Gypsies, the dead paedophiles, the Middle-East sex-rings, the Moroccan gangsters, the ‘mysterious’ van full of cleaners, the now deceased black tractor driver who was never convicted of an offence when he was alive, the phantom sex-abuser who “liked young white girls”, the “gang of burglars”; ALL are linked by one factor only:-

That there is not a single iota of evidence to support any of their involvement.

ALL the above have been cited in the media as being 'persons of interest' to the Scotland Yard investigation, and whilst Redwood cannot be expected to generalise or elaborate, one would think that he would at least have made a statement DENYING that they were in the frame, were that not the case.

So WHAT cost, precisely, the truth?

In a leaked letter from the HOME office, in  a response to information requested by a Welsh MP, it gives the following figures, current as to FEBRUARY  of this year:-

Until when? Who knows?

What about the cost to the PORTUGUESE inquiry into this case that allegedly almost “bankrupted” the Polícia Judiciária?

How much spent investigating the case by Private Detectives employed by the McCann’s?

How much spent on OTHER lines of inquiry funded by donations, sponsored events and high profile business backers?

How much in public donations, given by people of all ages and means, in a quest to find the truth surrounding what happened to the little girl?

All amount to but one unequivocal fact:- 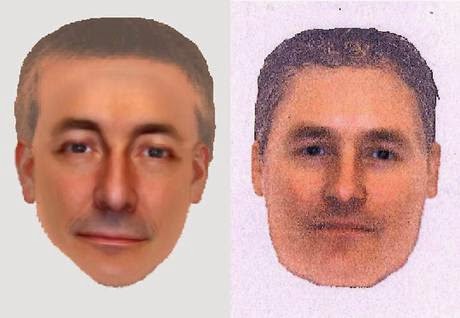 That the British TAX payer has spent almost six million pounds Sterling, (and RISING, every day), to have Scotland Yard 'reveal' to us the ‘NEW’ suspect that the McCann’s themselves spent a fortune and SIX years keeping HIDDEN from us.


Godbless Madeleine McCann, wherever you may be.
Posted by Unknown at 12:57