I am not going to use the tragic death of a woman and Mother to propagate further my opinions and views on the Madeleine McCann case.

Those views are well established and in the public domain for anyone who so cares to read them.

Presumably, given that Carole Malone hasn’t yet done a piece about me in her servile, insidious column or Martin Brunt, (a man whom I actually like, respect and admire), hasn’t yet knocked on my door to confront me about those views suggests to me that I haven’t committed the same offence that Brenda Leyland apparently did.

She is the lady who was “outed” by Sky News and other media outlets and newspapers as one of the McCanns “Vile Trolls”.

A lady whom, despite being reported as seemingly having made “death threats” on Twitter, has in fact, apparently never made any such threat to anyone.

The Internet is awash with people who don’t believe the McCann’s version of events surrounding what happened to their daughter, Madeleine. They’re not TROLLS. They’re just people with an opinion who have noticed the glaring contradictions between what is reported in the UK Press and what both the Portuguese and British POLICE opined and formulated.

Many of these people express their opinions with a distinct lack of articulation; devoid of much literary prowess.  Some, are unquestionably abusive, hurtful, insensitive and indeed, offensive.

That doesn’t make them illegal.

For whatever reason, Brenda Leyland was singled out to exemplify that faction of Social networking which continues to discuss and deliberate the McCann case differently from how it is so portrayed in the Press. Differently from how the McCann’s and their supporters want the case reported.

I did not know Brenda. I have never knowingly communicated with her in any manner. When Sky NEWS doorstepped her and she became news headlines elsewhere I did do some superficial research, including reviewing her tweets.

For the RECORD:- this lady NEVER tweeted anything that could be construed by ANYONE as a threat of violence to either the McCann's, their twins, or anyone ELSE for that matter.

Furthermore, (unlike previous high-profile prosecutions of people who have abused and threatened others on Twitter), given that the McCann's do not HAVE a Twitter presence, how can this lady possibly have trolled or abused them?

Amongst the expansive number of her tweets I have read, the worst, perhaps, was where she hoped the McCann's “suffered for the rest of their miserable lives”.

It was a foolish, foolhardy and deeply insensitive tweet to make, even if she did genuinely mean it....BUT........

She didn’t deserve to be exposed and identified, her name, address and personal details made publicly available.

She didn’t deserve to be labelled “evil”.

She didn’t deserve to be subjected to such threats and abuse by the myriad of McCann supporters whose cruel taunts and vilification by far exceeded anything she was reported to have allegedly done.

She didn’t deserve to be stigmatised and crucified by a baying, servile PRO McCann media and its supporters, hell bent on indoctrinating a British public as to their ideaology where the McCann case is concerned.

Most of all, she didn’t deserve to die....... alone and helpless...... in some soulless and anonymous little hotel room where she had fled; castigated by the accusatory Pro McCann machine.

My fervent HOPE and wish is that this tragedy will inspire others to do their OWN research, reviews and investigations into the available facts and evidence surrounding the McCann case, where they can then formulate their OWN opinions, rather than have them shaped and made for them by the mainstream Media.

I know Martin Brunt and I know he is a good man. We have never met but we follow each other on Twitter and I have worked on several investigative projects that he has orchestrated. I also know he will be devastated and hurt by this development.

I am not excusing his actions but it would be wrong to solely blame him for Brenda’s demise. Not least because Martin, as a STAFF reporter, is duty bound to follow the Editorial policy and procedure of his company, as are all TV news correspondents.

I do not reserve such charity, alas, for Daily Mirror columnist, Carole Malone.

She described Brenda as a “cowardly bully”, “piece of work” and suggested “her own life is so lonely, so miserable, so poisoned that she wants others to suffer the same”, suggesting “she’s just a twisted, fecked up bitch who gets her kicks from hurting people”.

Well, maybe you’re partly right Carole. I’m going to suggest, at the end, she was very lonely and miserable indeed.

"I love you mum and I will miss you forever". That's the last Facebook post from Brenda's son, Ben.

I’m not, however, going to tell you what I think of you, Carole. That would merely be replicating the grievous and despicable offence I’m accusing you of.

Instead, I’ll leave it to one of Brenda’s alleged Tweets, suggesting and hoping that you “suffer for the rest of your miserable life".

RIP Brenda Leyland, wherever you may be. 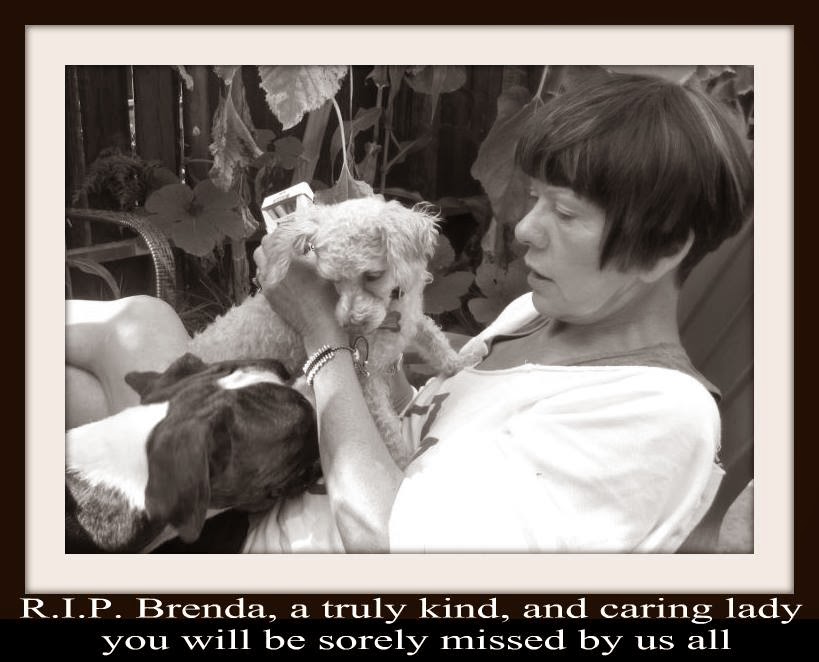